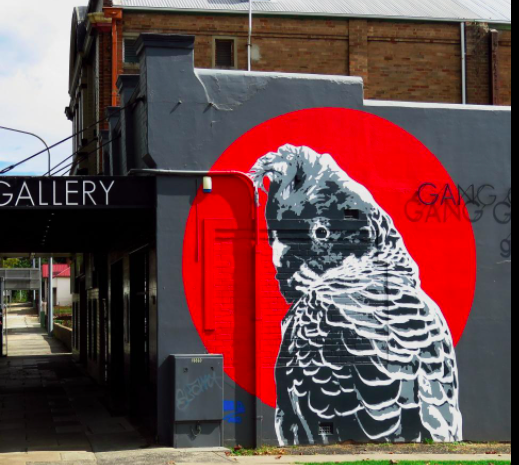 Sharon Howard, BMCAN’s Vice President is hosting ARTS OUTWEST’s new CEO, Kylie Shead at Gang Gang Gallery to tell us about her vision for ARTS OutWest as we emerge from the difficult years of drought and bushfires followed by COVID restrictions and floods.  We would also like to celebrate ARTS OUTWEST’s previous CEO, Tracey Callinan’s appointment as Director of Regional Arts NSW.

Come long on Thursday 28 April 5 – 6.30pm to Gang Gang Gallery, 206 Main Street Lithgow to meet Kylie, hear about the work of ARTS OUTWEST, and get to know our creative arts community.

Blue Mountains Creative Arts Network (BMCAN) has made the strategic decision to embrace the Seven Valleys (Lithgow) area as part of our Greater Blue Mountains community, appointing Sharon Howard of Gang Gang Gallery as BMCAN’s Vice President. We recognise that as the Lithgow region transitions from its coal mining industrial past to its new identity, the Seven Valleys, it is becoming a renewable energy and eco-cultural tourism hub, which forms a vital part of the Blue Mountains World Heritage Area. With its 6 national parks: Wollemi, Gardens of Stone, Blue Mountains, Kanangra-Boyd and Nattai, the Greater Blue Mountains forms a precious buffer zone of protected natural environmental wilderness between the sprawl of the Sydney metropolitan area, and the vast rural lands of Western NSW. Millions of people come here to explore its rich variety of walking tracks, spectacular scenery and the chance to really breathe and relax into nature’s embrace, while enjoying our rich cultural offerings of visual arts, live music and theatre.

We are looking forward to bringing the arts community of the Blue Mountains together with the growing arts community of the Seven Valleys area, with many of its artists featured at Gang Gang Gallery, and the Lithgow Arts Trail.  As property prices boom in the mountains and rentals become scarcer and more unaffordable, it is the Seven Valleys area where we can expect to see young creatives, who live on low and precarious incomes, being able to settle and engage in their creative endeavours—live music, theatre, the visual arts, creative writing, artisan work and filmmaking. BMCAN wants to welcome them into our creative community. 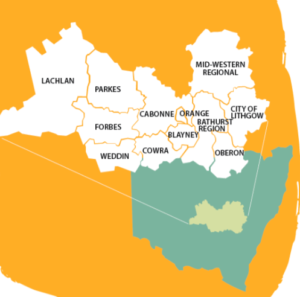 It’s previous Tracey Callinan has been promoted to the role of Director of Regional Arts NSW.

Kylie is a NIDA graduate in Technical Production. She has worked as a freelance stage manager and production assistant on major musicals and as the administrator for ATYP and Tropfest. She worked on major public events and festivals in Sydney including Sydney’s New Years Eve celebrations.  In 2003 she moved to Bathurst, where she has also taught event management and theatre production at Charles Sturt University.

Kylie is assisted by Steven Cavanagh and Maryanne Jaques as her communications officers. Steven is an artist, curator and educator who works across multiple arts organisations in NSW. He has travelled extensively having lived and worked in Perth, London and Sydney. In a desire to broaden his art practice, career and most importantly life, Steven chose to make a move into the Central West in 2018. Steven writes a weekly arts column in the Western Advocate, and is active in creating a network of Media Associates across the Central Western region. Maryanne Jaques also works as a freelance magazine writer and teacher at Charles Sturt University and on production of new theatre works. She has recently taken on the Culture Maps Central NSW web project, in collaboration with the Central NSW Joint Organisation of Councils and Regional Development Australia Central West. Maryanne is also a keen playwright and teaches the occasional writing workshop.